Every week I will select a few new releases to discuss in this spot. This week we have the much anticipated new release of a pop superstar, a long time musician’s engrossing solo debut, all the falsetto you can handle, and a popular electronic band gets new life drawing on the past projects of it’s industry veteran frontman. So without further ado, here we go. 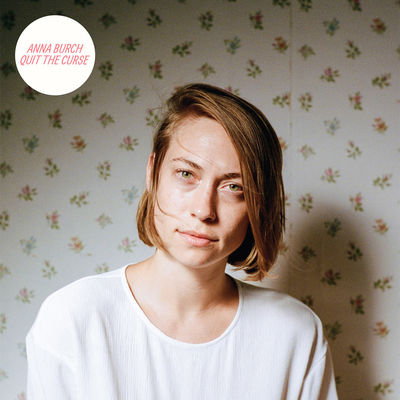 I wasn’t able to find out much about Anna Burch but from listening to her solo debut I would not be at all surprised to discover she grew up on a lot of 90s music. The influences show up in her lo-fi music and drawn out melodic timbre that defined a lot of the female artists of that decade. Her voice has that imperfect appeal in the same vein as Angel Olsen and other female indie rockers, which isn’t to say she’s not talented I actually really dig her music. Quit the Cure is also heavily influenced by some oldies and surf rock styles and it all comes together to highlight her voice really well. While she is reminiscent of others, she has a style that is uniquely hers. The songs seem very personal and introverted with lyrics that give me an impression of listening in on someone’s conversation in their head. It is evident her years of playing and touring in and out of bands was not in vain as this kind of songwriting cannot be taught. The album is short and sweet, consisting of only 9 tracks, but from the few interviews I have read it seems like a lot of time and passion went into this and it shows. Along with producer Collin Dupuis, they seemed to capture all the charm and character of her music and on a whole I really enjoyed listening to this more than the other releases this week. Let me start off by saying that Sail might just be my least favorite song ever. Not only is it awful in and of itself but it also sparked labels flocking to this this genre of electric rock that offers nothing of substance to the genre and lead to us being subjected to bands like Imagine Dragons. Truly a dark time for rock, one need not look any further than the Coachella lineup to know the dire state of the genre. The funny thing is that sound isn’t even what AWOLNATION was ever best at, they are so much more than those bands could ever hope to be and their secret sauce has always seemed to be frontman Aaron Bruno. He has played in a variety of bands and those past tendencies of artfully crafted tunes come shining through on the band’s third major release. Here Comes the Runts seizes your attention from the start with it first two tracks, Passion in particular is catchy as hell and might be the single best song I heard from this group of releases. The album branches off in a lot of different ways and showcases the bands versatility, it’s impressive how many different tones they experiment with and still their inherent sound is present throughout. If nothing else give this album's opening and closing track a listen or two, both are a flavor of experimental rock that I haven’t heard portrayed this well since I first heard Estradasphere. Bruno stated that with this album he wanted to focus more on traditional rock because he felt people were getting burnt out on the electronic style they started and on Here Comes the Runts AWOLNATION accomplishes that goal better than I ever expected them to.

Despite the lineup change that split up the duo and the project know as Rhye’s sophomore release almost as good as ever, almost being very operative word. Maybe I need to go back and listen to their first release Woman again for a frame of reference but this one seems to go in a lot of different directions that one did not. While this is not necessarily detrimental for this type of downtempo funky R&B, I prefer the focus of that last record. What I alluded to earlier about almost being is as good, is there are times the beats seem to get lost in the mix. It is hard not to have this happen with such simplistic sounds and the eerily enchanting voice of the sole member Milos. I wonder however, if this is where his old partner, instrumentalist Robin Hannibal could’ve helped perfect some of the mixes and rhythms but it is a bearable difference. On a whole this album seems a little more uptempo but again this change is not dramatic enough to make a difference but still noticeable. With the complaints that I have about this it seems as though I’m disappointed in it but I really feel that way having listened to the record a couple of times now. They set the bar really high with their debut and underwent a big change this is just another chapter in the evolution of Rhye and it’s worth every second of a few listens.

Jury Is Still Out:

Justin Timberlake - Man of the Woods

When I first heard Filthy I was thinking this album would be way different than what we have heard from JT and oh man was I right. Not in the way I wanted to be but right nonetheless. I have only been able to listen a couple of times because of the album’s obscene play time and I am not sure how I feel about it. That’s right the worst part of 20/20 experience, it’s unbearably and unnecessarily long and repetitive songs structure are back for round two. I feel like a lot songs on this, like most on 20/20 before it, are meant more for sampling that regular listening. The sound he was going for in theory seems ok but the final product is just not on par with the rest of Timberlake’s catalogue. I’m not sure the problem is in the execution either because he had elite and almost personal producer Timbaland on this one like almost everything he has done. The dance-country sound throughout the record either shows even Timbaland’s production magic has its limits and/or it needed to be adjusted at some point and was not. I really believe the album is about as good as it can be but it’s too dancey to be country and too country to be good. I wanted to like this album, I really did, but having heard it it is not at all what I would like to or hoped to hear from the pop darling. Again admittedly I have not had enough time with it but the longer I do spend listening to it seems I like it a little less.. I can say I did enjoy listening to it because a lot of money was spent on it which is obvious from how good the recordings sound but bad songs can only be polished so much. I changed the name of this section for the week because I don’t necessarily recommend avoiding it and you’ve probably already made up your mind whether or not you will be listening. Some a-hole on the internet’s opinion will likely not change that but when you are about 33 minutes and 25 seconds in and start to wonder exactly what the hell you’re listening to check out the other albums on here.