Every week I will select a few new releases to discuss in this spot. I’m sure everyone will be bumping Jack White’s Boarding House Reach but if your ears need rest from it’s greatness check out these recommendations. This week we have two rock outfits with differing throwback rock sounds, a Canadian project that sounds like metal opera in space, and believe it or not an actual good country album, from this year!

Everything this week was great Swampmeat Family Band - Too Many Things to Hide

I don’t know where to start with Swampmeat Family Band, I can say they sound like a classic band from the past but with higher definition recordings. I was trying to do research on them throughout the week and there is not a lot insight into them out there. It’s hard to get a sense of what an artist's’ goals were on a record without at least a couple of interviews but with Too Many Things to Hide I can't help but feel like Swampmeat Family Band nailed all of theirs. Immediately from the rapid guitar intro that invokes the 50s and 60s rock n roll sound on Long Way Day this album gives you an authenticity that is hard to fake.

You’ll notice right away from this first song their lyrics aren’t always anything special but music with this much soul barely requires coherent statements. This album covers a wide range of rock styles. The haunting track Needle and Thread is reminiscent of something the Animals might put out. Suzie Stop Saucin’ is a catchy pop tune done so well it really makes you consider what Swampmeat Family Band is capable of which musically is almost anything. They close out with a series of exceptional bluesy songs that portray musicians having a lot of fun and even do a good country song! Any fans of old fashion sounding rock bands like Alabama Shakes or The Black Keys should check this out.

This album is so good it makes you wonder how a band from Birmingham were able to capture the Americana spirit of classic rock and roll so well. It’s kind of disappointing honestly, the world doesn’t even need us for this any more. Look like it’s time to step up American Musicians. 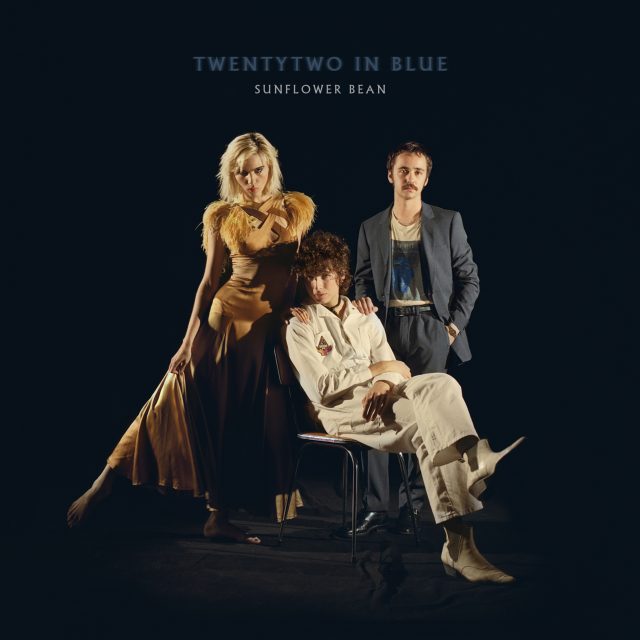 As I stated in the intro this is the first I have heard of Sunfower Bean, reading up on them and listening to some of their older stuff this does diverge a little bit. As with Swampmeat Family Band mentioned above, Twentytwo in Blue is another one that grabs you from the first notes you hear only this time it’s a driving bassline. From there the young trio from New York takes us on a journey through old rock sounds of bands like Fleetwood Mac.

Their sound is still that of a band at least 30 years their seniors but their vocals are way more clear and present in the mix elevating everything. I really like the way they alternate vocals between Julia Cummings and Nick Kliven, the former being used mostly sparing gives his appearances a special appeal. However Cummings really shines through with the more produced sound of Twentytwo in Blue showing some great range and diversity in how she sings throughout the album from the earlier mentioned folksy rock styles to slower ballads with high falsetto choruses. All three members seem to get their time to be great as drummer Jacob Faber’s driving beats never let down and Kliven’s guitar solos really round out the project. Being only 22 years old they sing about growing older and more mature. It’s folksy blues rock for millenials as lines like “2017 we know, reality's one big sick show, every day's a crisis fest” and “There's a coup in our country, It's happening now, A coup in our city, It's happening downtown” really capture the anxiety felt by a majority of a younger generation wondering what is happening to our world.

The album is not very long, it is only 40 minutes but it’s interesting because it does not play like a fast listen. The songs themselves not particularly long but you can really enjoy every second of them making them seem to last longer. I loved the way this is mixed from what I’ve read the addition of Jacob Portrait really helped as he seems to be the only difference between the previous album and this one. Sunflower Bean, Portrait and the rest of the production/recording seemed to get everything right here, it’s really fun and sounds great. 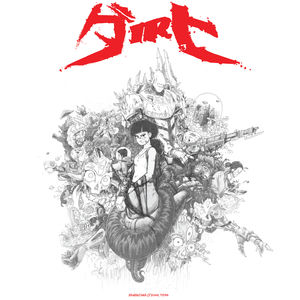 I have a soft spot for bands like these, as rare as they are. A friend of my coined the term carnival death metal for similar bands we’ve heard in the past and that description fits Yamantaka // Sonic Titan perfectly. They are a large performance art collective and Dirt is the most recent release of their experimental music which is apparently the third of series in a sci-fi world they have crafted. Drummer Alaska B, one of the bands founding members, describes Dirt as the album equivalent of an animated sci-fi movie from the 80s that went straight to VHS. They have also been quoted as saying “Dirt is the death knell of the human race. Greed, hubris, apathy and ignorance have brought us to the end. The story is basically about a gamble that ends in futility”

Even though concept albums like this are hard to judge in the short amount of time I have had with it I love it. The album is hard as hell, their thrashing guitars and percussion combo of drums and electric keys will have your mind melting. It is hard to describe because unless you are familiar with them they are unlike anything you’ve ever heard. They bend and blend genres incorporating prog rock, j-pop, metal, industrial almost anything you can name. They do so with grandiose themes and ideas as you can tell from the previous quotes and the synths and sound effects added it take their experiment to whole other level. It’s a bit weird but wholly awesome and you should definitely give them a listen if nothing else to expand your horizons. 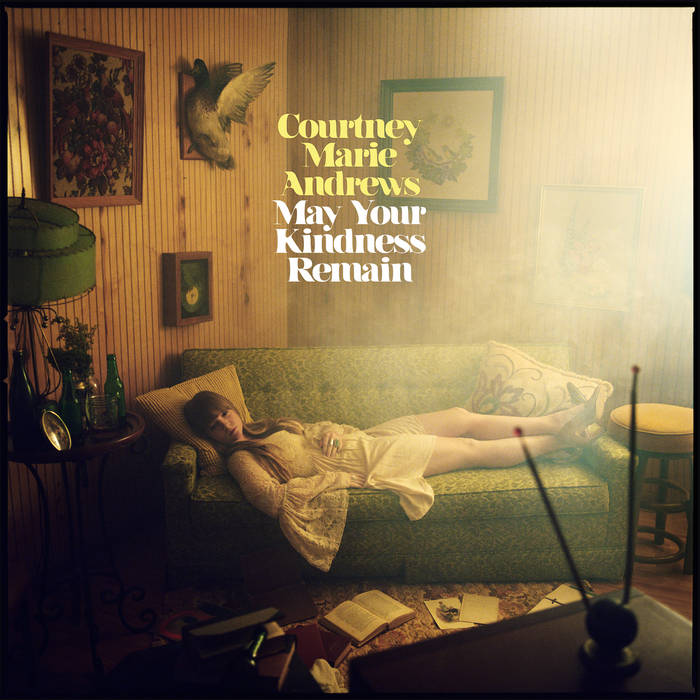 I’ve been shittalking country on this weekly piece since probably the beginning, again I like the genre but have not been a fan of the pandering glorified pop mess it has become. Courtney Marie Andrew made me feel really bad about this from my first listen. Little did I know all the country talent I’ve been looking for was in the city I currently reside in, Phoenix, the entire time. She has been performing since the age of 15 and toured with Jimmy Eat World before the age of 21. May Your Kindness Remain is her fourth full length release and listening through it I am very excited to go through her past releases.

Her voice shows a variety of emotion from the gentleness of title track May Your Kindness Remain to the bold badass feel of Border. Her versatility is fantastic and her lyrics combined with her tendency toward drawn out deliveries remind me of Patsy Cline. She sings about the bleak emotions we go through that can be overwhelming in our times, ”Curtains closed so I can sleep in late Nothin' on the TV, but it always plays” . She also sings about relationships with great relatability. Lines like “Karaoke on a Monday night, Television when we want to hide, Frozen dinners when money's tight” perfectly paint a modern young american couple. The song Border has a deeper meaning as it paints the journey of an immigrant through his arrival in America and struggling to find work to support a family in his native country. It’s an incredibly emotional song and it’s beautiful. She is accompanied by tremendously skilled musicians using different types of keys and organs throughout the record and the two elements always pair well.

I was recently asked by a younger friend of mine for country artist suggestions because she didn’t believe that I actually liked it. I couldn’t name anyone who had put out good music in 20+ years much to the embarrassment of the genre but now I will no longer have that problem. There is at least one artist I can point to and hopefully finding her will lead to more.

Below is the cumulative playlist of all these recommendations Spotify will load 200 songs here but there are much more. If you would like the whole thing make sure to follow this playlist I am told it’s good for shuffling.