Every week I select a few new releases to discuss in this spot. There were a lot of interesting artists that dropped albums this week, to much to listen to, so I suggest giving a few a shot in addition to these[1]. This week we have a stellar folk rock group’s newest steps forward, a female quartet’s new take on pop punk and an amazing Jazz/Hip-Hop fusion sound from an English wunderkind. 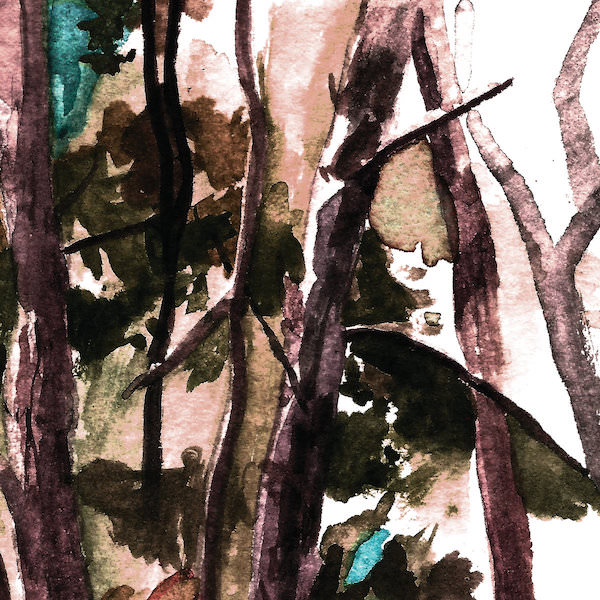 Hop Along - Bark Your Head Off, Dog

I mean this in the nicest way possible, I think Hop Along’s lead singer, Frances Quinlan’s, voice is broken. What I mean is it has very distinct tone to it that reminds you of 90s vocalists, there’s no doubt it has taken her some time to craft and get just right. There is a saying in sports when someone does a routine motion particularly, let’s say, unstylistcally that goes “you wouldn't teach it.” You certainly wouldn’t teach someone to sing like Quinlan but it has a realness to it that few vocalists can claim.

What fully rounds out Hop Along’s sound on Bark Your Head Off, Dog is the quality of their music and production. The juxtaposition of Quinlan’s raw vocals and the refined intricacies of their music is where their charm lies. It’s like how you hear yourself in your head while singing along to songs you’ve heard a thousand times. It helps that they have some catchy tunes which vary in style throughout the album but all of them seem to be infused with a folksy backbeat that drives each song. This quality is exemplified in the overbearing snare hits on the intro track How Simple that when coupled with the looping chorus will have you singing along on the first listen. They vary their guitar tones throughout a lot of tracks and Quinlan and lead guitarist, Joe Reinhart play off of each other really well. They quartet in its entirety actually plays so well together it’s hard to believe that it started off as Quinlan’s solo project.

On Bark Your Head Off, Dog Hop Along added a few tracks with strings such as on Not Abel and Prior Things and it sounds amazing. The strings mix into the sound of the band so well you will wish they were somehow worked in on every song. The band self produced and recorded this album and I think they can definitely save themselves money on future albums because it sounds incredible. They obviously knew their sound better than anyone else can and everything from the recorded tones to mix are really well done.

Bark Your Head Off, Dog is only 9 tracks and 40 minutes long so it’s a relatively short listen and every second of it is more than worth your time. I really liked this album. 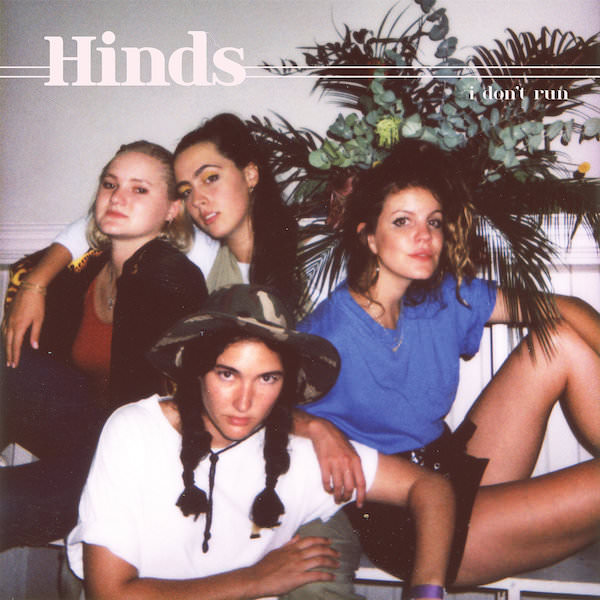 How do you follow up an album with an awesome female lead singer? One with two of course. Hinds is a group that originated in Spain as a duo of guitarists, they have since become a foursome over the years and I Don’t Run is their second full release as a group. They set themselves apart a little bit by having two lead singers. Their sound consists of bright strumming guitars complimented with dueling punk rock vocals, all kept as lo-fi as possible.

I Don’t Run is a fantastic follow up to their debut Leave Me Alone. Carlotta Cosials and Ana García Perrote are the vocalists behind the group and considering their simple arrangements, the main source of life in their music. They will switch between singing the same lines and competing ones almost never really trying to harmonize. It is a bit abrasive at first and not for everyone but I find it cool and original. In the past I have not a big fan of lo-fi music, particularly when it comes off like a mess which having two lead singers trends towards but something about this just works, like a pug. I Don’t Run seems like a band having fun and that comes across in the recordings.

This album, like Hop Along’s new release, is short also around 40 minutes long. There really isn’t anything that will change the world on this but it’s a nice album to enjoy and a good next step for them as they come into their own as artist. Their songwriting now has more reflection that their previous poppy, happy work. Lines like “Because I wanna be somebody new” on New For You are examples of this change. Check them out if you’re interested in a different breed of poppy punk that replaces whiny boys and three chords with screaming girls and 60s guitars.

Tom Misch is too talented. Dude is a 21 year old studio musician who plays multiple instruments and produces/engineers on various projects. Listening to Geography it is apparent that we have only been exposed to tip of the iceberg of his talents. Listing J. Dilla as an inspiration will almost instantly get me to listen to an artist but the problem with that is Dilla’s reach expanded so far and wide that there a lot of crappy knock offs unsuccessfully trying to simply mimic J.’s work and never making their own way. Tom Misch is not that and his debut release Geography is the most recent evidence.

Geography is a complicated album but it comes off as a lot of simple grooves on first listen. There is a diversity of instruments throughout the album and his style comes through in waves. The album’s third track South of the River show this off. From the strings that get the song rolling to the keys that bring it home, everything has this groove that you can’t help but move to. Almost every track has at least subtle hip-hop influences and since it’s recorded with live instruments it sounds incredible. The one two punch of Tick Tock followed by It Runs Through Me featuring legendary hip-hop group De La Soul had me bought in before the album even hit it’s halfway point. The latter is probably the best song on the album and following it up with a guitar solo version of Isn’t She Lovely was just the icing on the cake.

He can do ballads; Movie, Man Like You. He can do disco; Disco Yes. He can do R/B; You’re On My Mind. At this point it would probably be better to ask what he can’t do. Every track, while being in the vein of other artists and influences are imbued with his style. This quality elevates this album to a next level that other artist who put out diverse albums like this struggle with but Geography nails it. It’s a mostly chill album that will have you grooving no matter where you are check it out because I promise it won't be the last you hear of Tom Misch Revamp: The Songs of Elton John

I decided to switch it up a little this week and in lieu of a fourth album. Because between opening week in MLB and Wrestlemania week there’s been a lot to keep up with. So here are the power rankings of songs on Revamp: The Songs of Elton John

1.Your Song - Lady Gaga
2.Sorry Seems to be the Hardest Word - Mary J. Blige
3.Goodbye Yellow Brick Road - Queens of the Stone Age
4.Don’t Let the Sun Go Down on Me - Miley Cyrus
5.Tiny Dancer - Florence + The Machine
6.Daniel - Sam Smith
7.Candle in the Wind - Ed Sheeran
8.Mona Lisas and Mad Hatters - The Killers
9.Someone Saved My Life Tonight - Mumford & Sons
10.Don’t Go Breaking My Heart - Q-Tip and Demi Lovato
11.I Guess That’s Why They Call it the Blues - Alessia Cara
12.Bennie and the Jets - Elton John, P!nk, Logic
13.We All Fall in Love Sometimes - Coldplay