Every few years there is a new Japanese pitching phenom that is "not like the last one" and will actually be elite in Major League Baseball. Well, that person exists and you all don't appreciate Yu Darvish enough but he’s still pretty freaking great. Even though Darvish has been as good as we all could have hoped for that hasn’t stopped the hype train and excitement from moving onto its next stop, the arrival of the “Babe Ruth of Japanese Baseball” Shohei Otani.

There are many strong rumors and all signs are pointing to Otani being ready to come show what he can do on baseball’s biggest stage. Like the talented Japanese stars to make the transition before him this is the next step in his career and many will be tracking this story as it unfolds. Will he drive us crazy like Daisuke? Will he dazzle like Darvish? Here is a short table of how he stacks up to the most recent star pitchers who made the leap with much fanfare.

If the fever around Otani seems like it is more than it was in those cases, it should be, for very good reason. He is a two-way player at the highest level possible for him to reach at this point in his young career. To only discuss his pitching is to omit at least half of the legendary tales of him. He got his nickname because, like the Babe before him, in addition to being extremely talented on the mound he is equally as feared when he steps into the batter's box. In NPB his batting line is .287/.358/.503 with an OPS of .861 and 47 career home runs to his name, some of those being massive shots you’d expect from the likes of Aaron Judge or Giancarlo Stanton. He’s not just a good hitting pitcher he is a legitimate middle of the order threat.

America has it’s fair share of players who succeed on the mound and in the field in college but that level is not professional competition. Japan's Nippon Professional Baseball Organization is considered similar to AAA or a step in between AAA and MLB, so it is closer to what he will face if and when he arrives than the NCAA or low minors. Traditionally we've seen two way players are usually forced to choose one when they arrive in the minor leagues. Sometimes teams will humor these players and let them show themselves they won't be able to be competitive on both sides of the diamond and they will concede and pick one out of self-preservation. That is unlikely to happen here however, as Otani has openly expressed a strong desire to continue to be able to bat regularly.

Japan's ace slugger will likely cost himself upwards of 100 million dollars due to the new rules of the MLB players union. These rules prohibit teams from spending too much on young internal free agents until they are 25, Otani is 23. His free agency is going to be very interesting to watch because there will not be a bidding war that will immediately disqualify small market teams. Any team that can put together 20 million dollars, which will be most for a player of his talents, will have a shot at getting him. Will he choose the bright lights of LA? The juggernaut teams in Houston or Chicago? Maybe the homeliness of the Mid-West will be more his tastes. Does his strong connection to friend, mentor and fellow free agent Yu Darvish dictate who he signs with? Will he make millions of baseball fans throw up in their mouths a little bit by signing with the Yankees? Will he only choose from NL teams to avoid the DH and hit for himself or only AL teams so he can DH when not pitching? No one knows anything right now and that mystery makes his impending offseason free agency so much more intriguing than other recent signings we've been through. It's going to be really fun, maybe even enough to get non baseball die hards talking about the sport passed October. 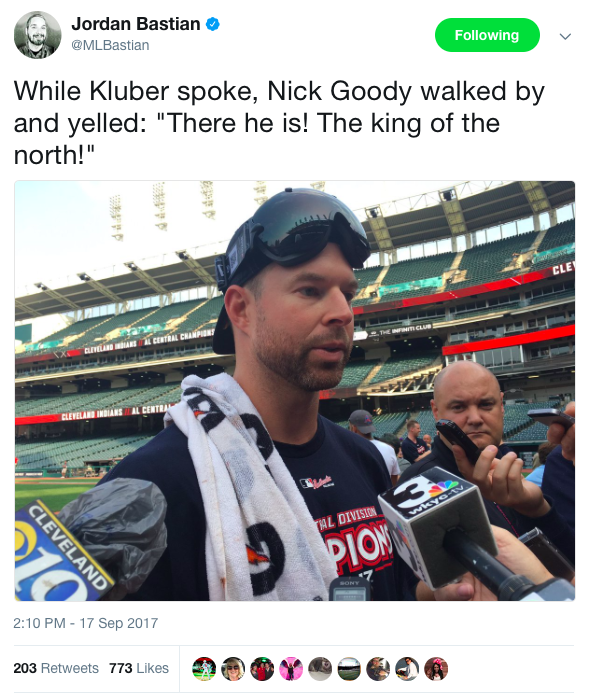