Every time we get close to a stoner's holiday the contributors to The Irrelevant will share the one thing we've been into this week. It can be a movie, a book, a song, an album, some youtube video, a random meme, or twitter user, anything that's been taking up more space in our mind than it should. We want to share this with you because we like sharing things we're into.

Once again the “developmental” brand of WWE stole the show at Wrestlemania featuring what was for me was unquestionably the match of the weekend between King of Bros, Matt Riddle, vs Velveteen Dream.

Being only vaguely aware of indie wrestlers, primarily sticking to big New Japan events and likely soon AEW events, I am relatively new on the Riddle hype train but he has done nothing but impress since his arrival. I am normally not a fan of retired MMA fighters forcing their way into a “sport” that doesn’t need them but, along with Shayna Baszler, Matt Riddle has shown he is the exception to the rule. Every match he is able to adapt to his opponents while still keeping MMA elements to his movements which ensures we almost never see the same match from him and he wrestles barefoot!

His opponent was one of the other few must watch superstars, the androgynous genius derived from the blood of Prince with the athleticism of Ali. Dude has been wrestling for like 5 years in total and always stole the show this weekend before his match even started. His entrance to a medley of the national anthem, showing only his silhouette dressed as the statue of liberty in homage to the location of the event.

The match was entertaining from start to finish. They told an incredible story in the brutality from Riddle through the indomitable spirit of Dream complete with an old fashioned hulk out. The highlight of the match was spot I hadn’t seen before which had Riddle deadlift dream from the middle rope and suplexed him over his head. This match was insane and proof Jon Oliver right when he said "wrestling is better than the things you like." 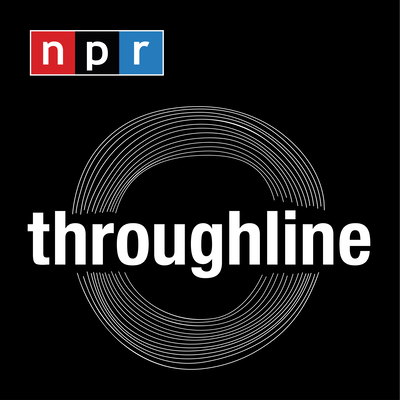 I listen to a lot of podcasts. One could argue I listen to TOO many podcasts. In any case what happens every now and then is that a few podcasts will grab my attention so hard that when they drop a new episode I HAVE to listen to it right away. The latest podcast that has produced this in my is NPR’s Throughline. Hosted by Ramtin Arablouei and Rund Abdelfatah Throughline is a weekly history podcast whose episodes range from the 13 minute length to 40 minutes. Usually in a three act structure they cover topics from Vladimir Putin, to The CIA in Iran, to Nancy Pelosi. The stories are so polished and give you only what you need to know that not one minute of it feels wasted. Every time I listen to this podcast I’m impressed at how well produced it is not to mention I learn something. Add Throughline to your weekly rotation and you won’t be disappointed.

I remembered this week it’s been a while since I’ve watched Lady Gaga’s Superbowl performance as I usually play that video when I need a mood booster. I still think her halftime show was the best one and not just because of all the memes it spawned.

If you haven’t seen Gaga in concert this was only an ounce of what you get. From her singing that patriotic medley to her early hits and busting out a keytar while also entrancing the crowd during Million Reasons it’s hard for me to think of a better show. Oh yeah, and she finished with possibly the best pop song of our time and then proceeding to jump off the stage.

After this I decided to go back and watch some more of my favorite and better halftime shows to see how they held up. I was surprised at how underwhelmed I was this time around watching Bruno Mars during his show especially because I’m pretty sure I even tweeted how amazing he was at the time, his drumming at the beginning was the most memorable for me. I know Beyonce is great, but I apologize for never being a fan. However, I do appreciate her all female band, sweet choreo and the Single Ladies number. With that said, I much prefer the Coldplay Superbowl performance. Well, not actually I preferred the Bruno & Beyonce takeover.

I thought I was biased when it came to Gaga so I rewatched Madonna’s show and who knows whose show was best at this point for me. At that time I was all about LMFAO, Nicki Minaj and M.I.A. and that ultra production that only Madonna pulls off included them all. She even performed Like a Prayer with Cee Lo Green which I completely forgot about.

Also goes without saying that this holds up until the end of time: