Once upon a time I had intentions of writing a season preview for every MLB team heading into the upcoming season. Because of this silly goal I put off my tradition of the last 6 years and avoided my favorite baseball podcast’s season previews. As practicality set in that ambition would not last longer than a month and when it died I started the series late last week. Since then I have listened to around 14-15 hours of baseball discussion with some of the most amazing baseball writers and thinkers the sport has to offer.

If you are not familiar with Effectively Wild it is the second best baseball podcast ever, only surpassed by one that no longer exists and was hosted by two current MLB Directors of Scouting. Since its inception the podcast has undergone a few transformations but remains as good as ever, which is a testament to the one series mainstay Ben Lindbergh of theringer.com. I have to admit I love this man so obviously my opinion is biased but if you have any interest in baseball you should do yourself the favor of downloading these episodes and listening, actually just subscribe and thank me later. I understand not everyone loves baseball as much as I do so 15+ hours, and more to come, of discussion may not sound like the best of times. If that is the case I still suggest checking out the episode of your or some of the more intriguing teams,the humor and wit in the discussion will keep you engaged, teach you some new stuff and give you some great storylines to follow. Take it from someone who knows there is no better way to prepare for the upcoming season.

College basketball is, for the most part bad. There's a lot of undisciplined play, there's a huge talent gap from the first rotation to the second, for some reason the games are played in half instead of quarters. It's hardly good. The NCAA tournament is amazing though.

64 teams, from all around the country in a lose or go home tournament makes for the best drama of any national championship process across all major sports in America. The best part about it is that there's small schools, big schools, uber talented 19 year old NBA lottery prospects and Seniors who are playing their last basketball games all in one event. Since there's so much riding on the line these games tend to be incredibly dramatic. It's brutal and exhilarating.

As of the writing of this TWO NBA prospects who are considered the next David Robinson and Steph Curry have LOST their games to underdog. A 1 seed barely survived against a 16, and a 2 seed almost lost as well. It's one day in and there's so much drama already. I highly recommend downloading the app and watching on your smartphone or tuning in to one of the apparent 10000 CBS affiliated channels. 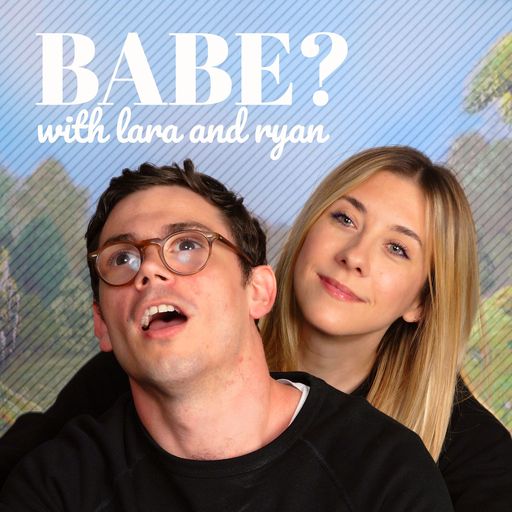 I’m not familiar with Lara Marie Schoenhal’s previous works which apparently includes a New York Times bestseller, but I am familiar with a previous podcast in which she recaps one of my favorite Bravo shows, Vanderpump Rules. My favorite episodes were always when writer, Ryan O'Connell was a guest and shared his snarky and hilarious perspective on the dumpster fire we all were watching except he was actually terrified and concerned for the cast while the rest of us took pleasure (this is where the term Babe? can be characterized). So imagine the joy I felt when I discovered that they started their own show! Babe? is described as a podcast where two sisters troll each other and speak their truth about what’s going on in the world.

The term “Babe?” is one of endearment as well as a way to question someone’s sanity. It was confusing for me at first because there is a Babe?, a Babe! and a Babe. You don’t want to be the latter because at that point it is clear that you are not well. Throughout the episodes we also get to hear about Lara and Ryan’s professional lives, past Babe? experiences, relationships and their journey dealing with mental health. Even if they are just discussing pop culture or celebrities it’s smart and funny as hell and it’s no surprise because they are damn professionals. They include segments in their show like reading “viewer” emails and another where they share their Babe of the Week. Just in case you were wondering Amanda Bynes is mine, but she’s really more in a state of perpetual Babedom. Another term I have to point out that gets mentioned a lot is “loller” and it’s exactly what it sounds like, someone who LOL’s. Can you guess what a “noller” is? You can figure out which one you are once you listen to this podcast.