For good reason many baseball fans’ most tribalistic instinct is ‘fuck the Yankees.’ With that in mind, imagine the dismay many fans experienced when analysts and writers would describe the 2017 version of the organization that terrorized many 90s childhoods as “likeable.” Those old enough to remember the last time the Yankees were this loaded with talent knew that those words should never be spoken in that order. Would we label Voldemort or Sauron likeable because they went a a few days without murdering someone? Like the expanding shadow over Mordor or the mysterious rising body count of magical beings, all the warning signs were there but people refused to listen. Now New York has the most feared lineup in recent memory. A line up that is sure to cause a rash of “flu like symptoms” in opposing pitchers across the league.

The purpose of this is not to convince you that the Yankees are a tyrannical evil that should not be liked. For the record they are. However, objectively baseball is better when the Yankees are good. They’re the bad guys, they make the sport more compelling. Because of this I wanted to try a fun experiment to help us get past some of these deep rooted issues. This is an attempt to force ourselves to let go of our Yankee hatred, otherwise 2018 is going to be a long year. The following is an attempt to match up the projected 2018 lineup of the worst organization in the world with the best, The Wu-Tang clan. 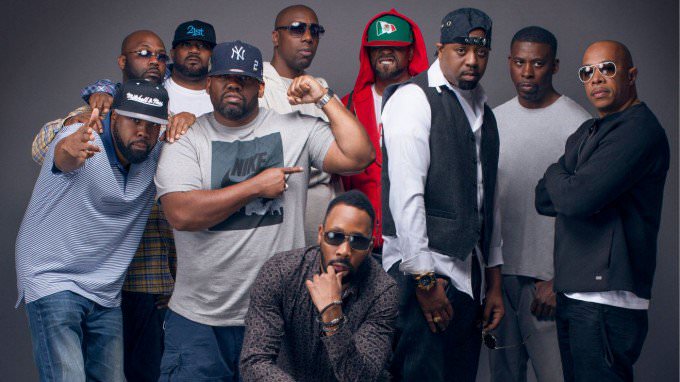 Yes the Wu-Tang. It’s for the children. The transcendent hip-hop group from the Shaolin by way of New York. Everything they have influenced has turned to gold from fashion to video games(Dont play Shaolin Style, just trust). They have inspired multiple generations of incredible rappers and Drake too! So let’s see if we can sprinkle a little Wu magic on Al Qaeda West and make them a little more palatable.

Ladies and Gentlemen I give you the Yu-Tang clan: 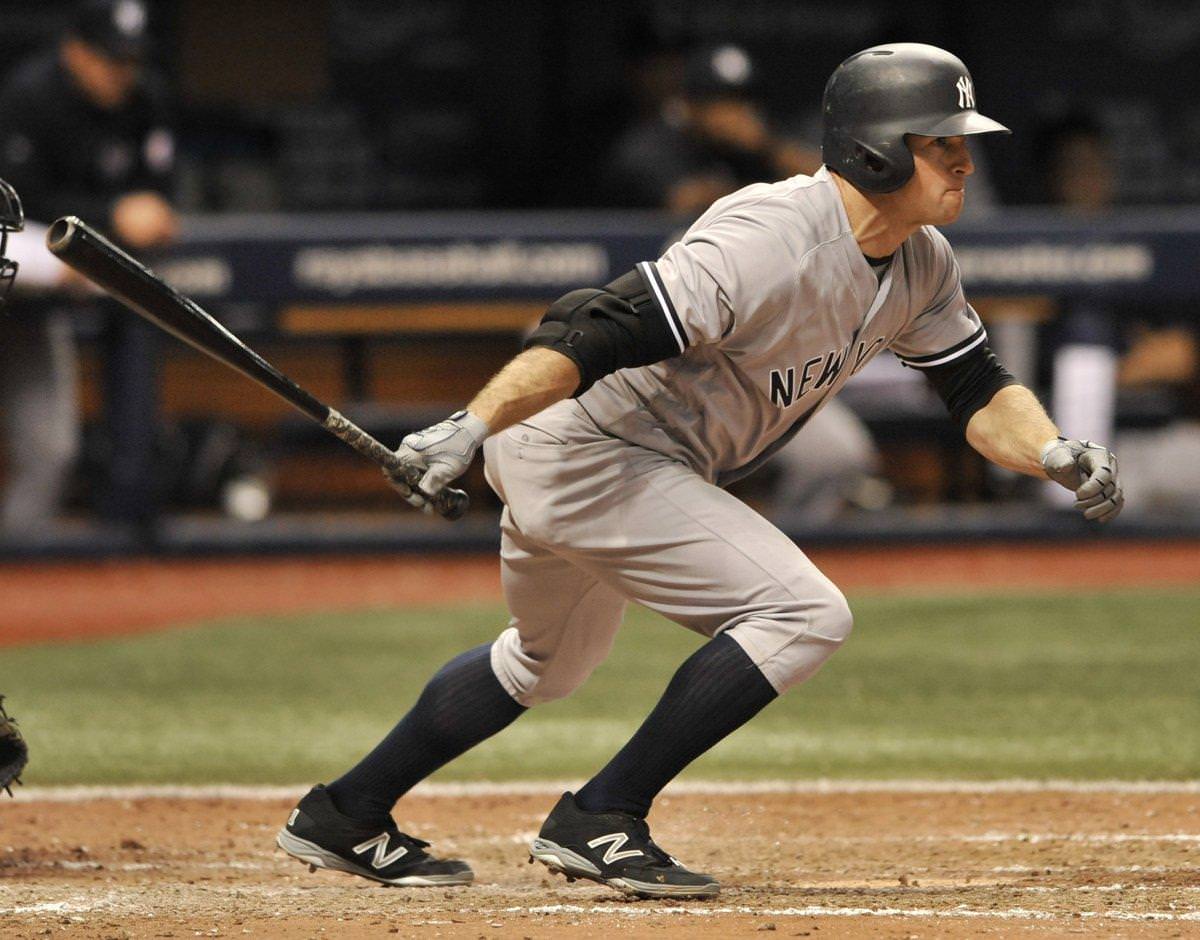 The First spot in the order should go to the speedy left fielder Brett Gardner who, despite his age, has averaged a top 50 place in sprint speed over the past three seasons. Leadoff hitters have one job, Rod’s favorite aspect of any hitter; get on base. Since becoming a full time player in 2009 Gardner as has averaged a .347 On-Base Percentage, which is above the league average of .321. Like the RZA he is the table setter, the whole offense starts with them. The RZA is the Clan’s primary and most prolific producer, he is the first members’ voice we hear on Enter the Wu-Tang Clan (36 Chambers), the clans debut album. Unlike RZA, who with his cousins formed the formidable rap group, Gardner did not organize this line-up. He is however, one of two remaining players of the last great Yankees team in 2009 and the oldest everyday starter, they will look to him for leadership. Trying to keep everyone together and on the same page has been one of RZA’s primary duties through all of the Clans’ historic beefs, let’s hope for Gardner’s sake that task is not as hard as his Wu-Tang analogue.

The study of baseball through data, known as sabermetrics teaches using your best hitter second in the order. That puts New York’s big offseason acquisition in the two hole. The comparables between Giancarlo and Method Man are numerous beyond the two of them being the taller members of their respective groups. Giancarlo led the league in home runs on his way to the 2017 N.L. MVP while batting with an average team around him in a cavernous home ballpark that can make some national parks envious. Giancarlo is being moved around during spring training from right to left field and DHing in between so we’re not sure where he’ll play but like Method Man it doesn’t matter where you put him on a track he is going to take over. Method Man has been a successful solo rapper having gone platinum three times, if you include his classic Blackout! collab with Redman, he’s an actor and now a “game show” host. Stanton, like Meth, is probably the most independently famous within the group, neither men necessarily need their squad but when they are combined with them they become unstoppable. 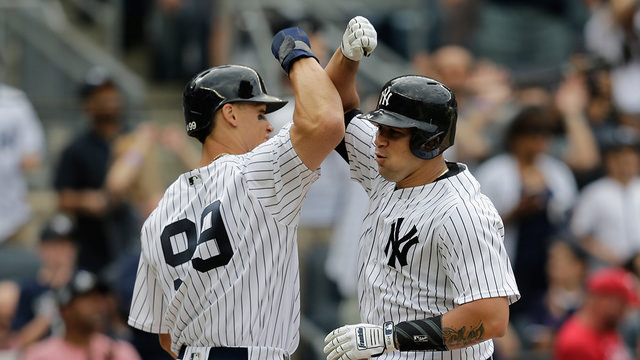 Since the two are featured on each others projects so often it is hard to think of them separately so listing Rae and Ghost apart would be irresponsible. Aaron Judge and Gary Sanchez have been two of the most important factors of the Yankees organization for a long time now. They have been playing on minor league teams throughout the organization together for three years. Only one other pair on the team has as much time together. The two duos are arguably the most important members of their respective groups. Stanton is going to do what he he does every season but we don’t know what Judge’s sophomore season will hold. If he slumps like he did in the middle of the 2017 season the Yankees could have some problems. Sanchez has shown more of a track record for sustained success having placed second in rookie of the year voting in 2016, while only playing in 53 games, and followed that up with a 4 win season from the most important position on the diamond. A lot of valid criticisms have been made of Sanchez’s defensive shortcomings but to this point they have not been bad enough to overshadow his offensive prowess. Rae and Ghost are the heart of Wu-Tang, they may not be the primary voices on their hits but the clan would not be the same without the raw realness these two bring. They have delivered as many verses as anyone one in the clan, each one memorable and impactful. It’s no coincidence they have the first two verses on Bring Da Ruckus, many peoples first exposure to the group, you lead with your best(except in baseball). If you remove either duo from their respective lineups it doesn’t necessarily cripple either but neither would have anywhere near the prestige they do. 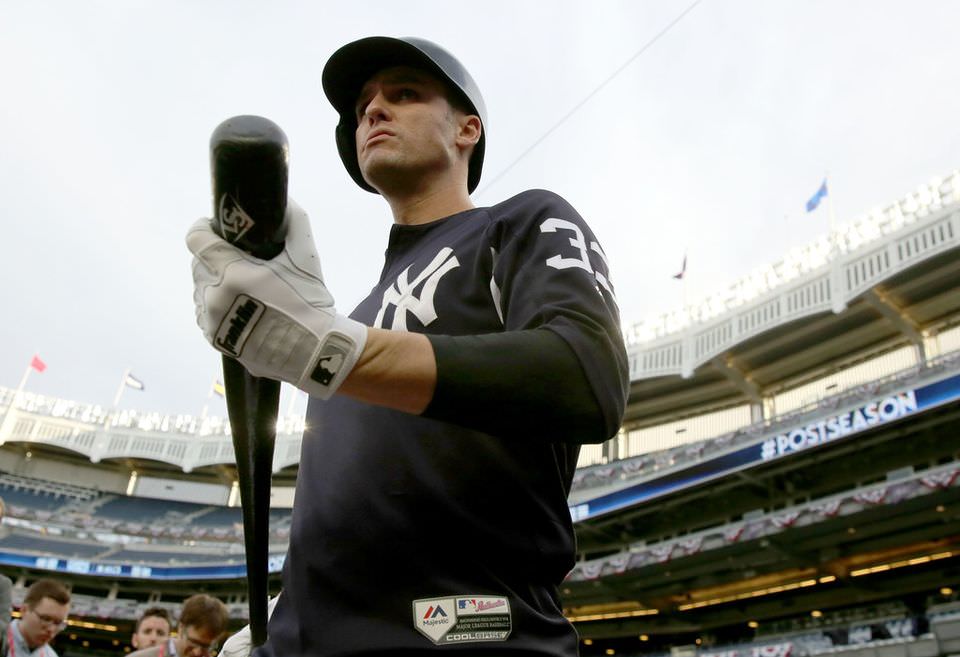 Another year another Greg Bird injury. When this piece originally started Bird had not yet suffered the ankle injury that will cost him to miss significant time for the third season in a row. However, now he has left us waiting again to see what that bat can do especially in this line-up. How does he compare to U-God? Well prior to the release of Enter the Wu Tang U-God was convicted for possession which caused him to be mostly left out of the album. He was able to contribute a few short verses including the fan favorite opening one on Da Mystery of Chessboxin’ though. After missing out on the majority of the “fun” breakout of the 2017 Yankees, Bird posted a .921 OPS in 13 Postseason games and was a large part of their run to game 7 of the ALCS. This season will tell us if he can contribute to the extent U did on the clan’s sophomore album Wu Tang Forever but not before everyone else gets a 6 to 8 week head start. 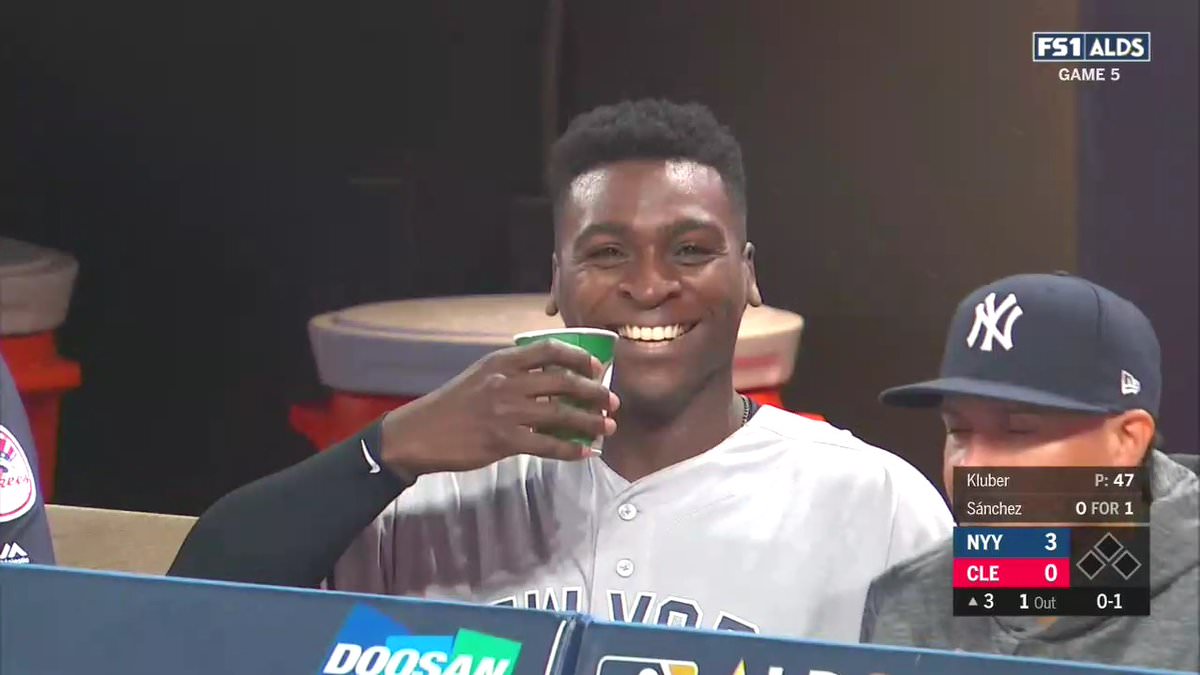 In the words of Method Man when the Wu-Tang Clan forms like Voltron the GZA is the head. Many smart people believe shortstop to be the most important defensive position so, this writer's opinion notwithstanding, it would make sense that Sir Didi would be GZA. While GZA was there from the beginning, Didi was brought to this team in 2015 via trade with unreasonable expectations cast on him. No matter how they got to their spots each man are underrated given their peers but after three years of continued improvement in the Bronx and walking to the plate to the tune of Biggie’s “Notorious” it’s only a matter of time before the Dutchman is as beloved as his slugging counterparts. Neither GZA or Gregorious are the best or most notable of their respective groups but they are both the backbone. 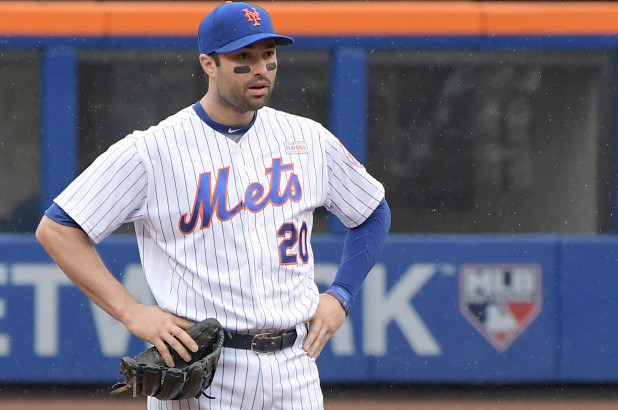 Cappadona is the unofficial tenth member of Wu-Tang only really coming on after the untimely and tragic death of Ol’ Dirty Bastard. Neil Walker wasn’t even on this team until two weeks ago when the suspiciously inactive free agent market forced him to sign to a below market contract. Originally this spot was going to go the the rotating cast of utilitymen keeping top prospect Gleyber Torres’ spot warm until service time penalties are over. However, now the Yankees bought themselves some time to allow Torres to get more seasoned in the minors and for cents on the dollar, yay, the rich get richer. be objective...be objective... Like his former mentee U-God, Cappadona went to prison before he could really get in with Wu and was initially replaced by Method Man. While Walker has never done a prison stint to my knowledge he was forced to play two years of his career across the city for the Mets which is essentially the same thing. 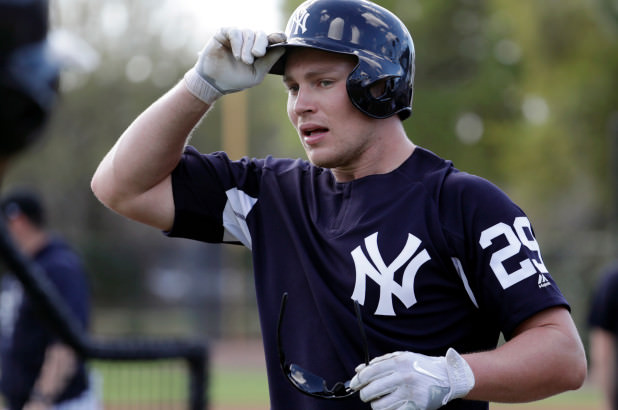 Alright this was the hardest one and to be honest eventually these were going to stop making sense. There really isn’t that much offseason acquisition Brandon Drury has in common with Masta Killa apart from being the last members remaining but at least I haven’t said fuck the Yan...oops, almost. Ok how about this, Masta Killah was the last member to join Wu-Tang when they started and until the aforementioned Walker move, Drury was the last member to join the Yankees lineup. Do we even know if March deals are valid anyway?

Going back to the interview on Can It Be All So Simple/Intermission the members state of Inspectah Deck “He’s like that dude that will just sit back and watch you play yourself and all that.” There is no one that description fits better than arguably the Yankees best defensive player Aaron Hicks. He stands out there in centerfield just waiting for people to play themselves with a pop up or sinking line drive then he’ll ”take them to court” in the form of a highlight reel catch. Hicks was another gift given to the Yankees in exchange for a measly backup catcher by the Minnesota Twins, who they would destroy a season later in the A.L. Wild Card game. This isn’t relevant to his Yu Tang profile but I’ve been going this long without pointing out how much luck the already priviledged have had. 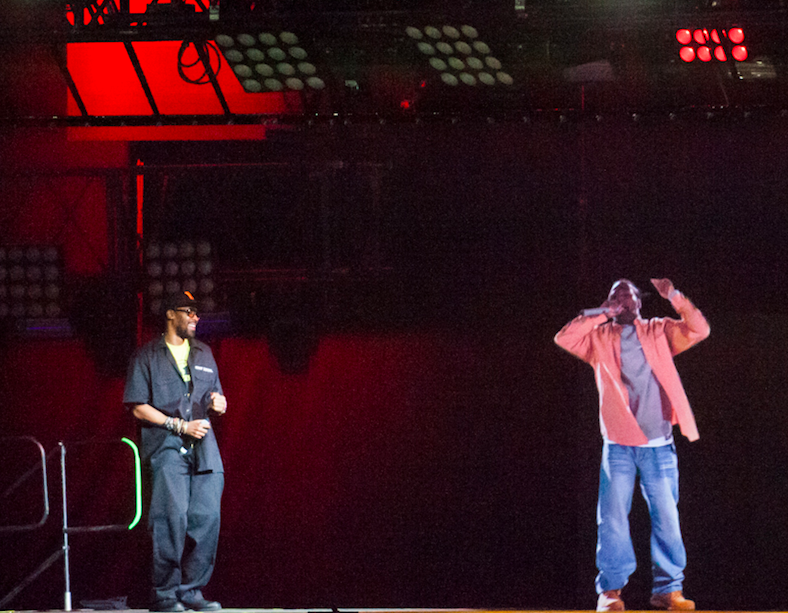 First let me preemptively apologize if this is disrespectful Ol’ Dirty Bastard was a legend and a primary reason why Wu-Tang was and is who they are. Derek Jeter is obviously of the same stature for reasons I doubt I have to go into. He might still be the most famous baseball player despite his retirement four seasons ago. The reason they are both on this list is for their contributions from, for lack of a better term, beyond the grave. Along with appearing beside the clan members in hologram form at Rock the Bells, ODB’s son, the aptly named Young Dirty Bastard, has performed with the group in his father's stead. Derek Jeter gave his former team the N.L. MVP for nothing, less than nothing when you factor in they are taking on all the money Starlin Castro is owed. If you had A-Rod above Jeter on the post career goodwill rankings, bravo.

Gifted otherworldly talents? Penny pinching a deserving player just because they can? You know what, shut it down. This isn’t worth it. They don’t deserve the Wu-Tang Clan’s veneer, maybe it’s just the natural order of things. Oh well.